Wudinna to get Telecommunications Upgrade 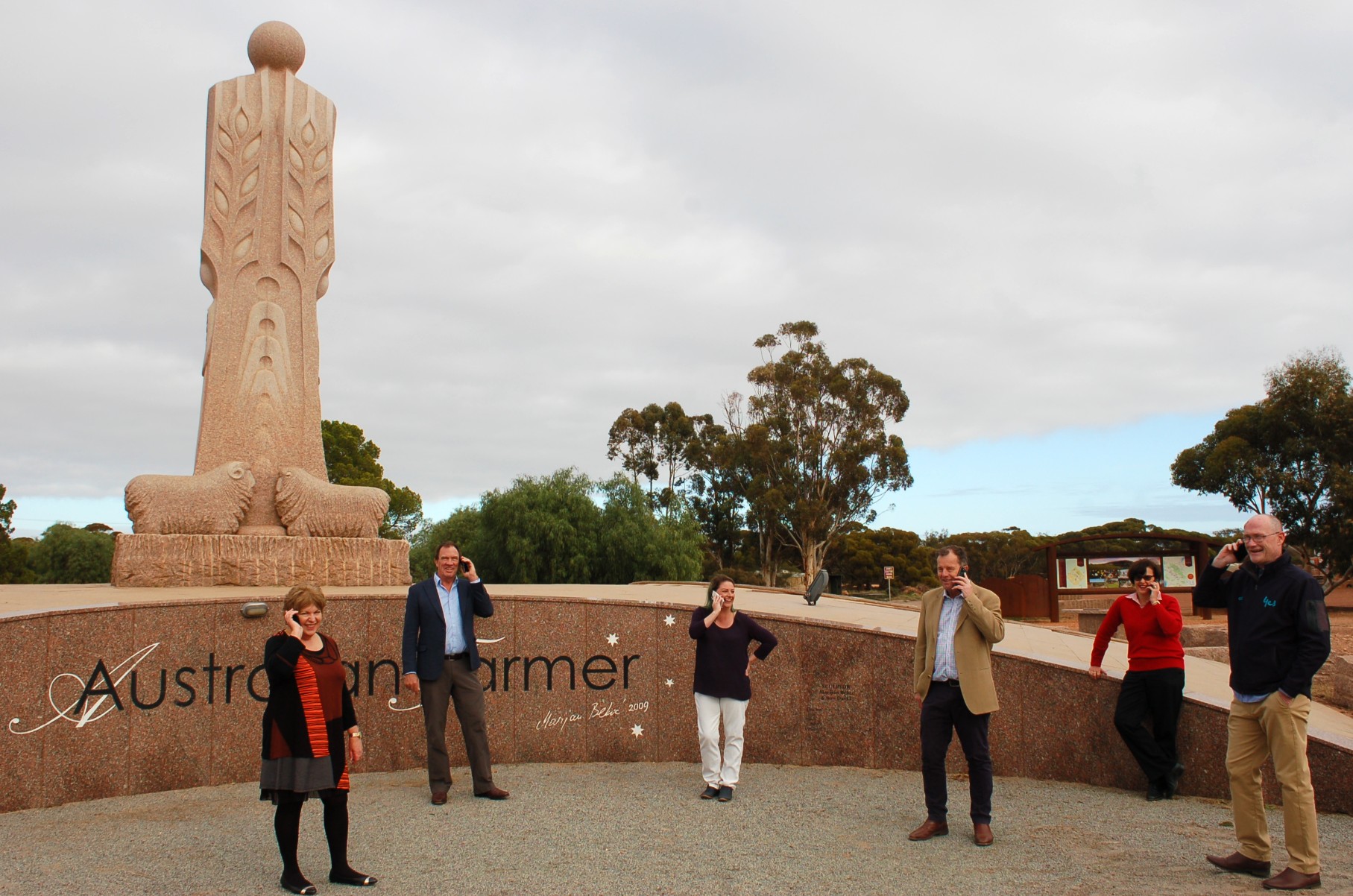 The Minister for Primary Industries and Regional Development, the Hon Tim Whetstone MP announced on Friday 22 May, that funding of $205,360 from the South Australian Mobile Black Spot Fund will be contributed towards a mobile phone black spot solution for Wudinna, supporting a $100,000 contribution from Wudinna District Council and $545,640 from Optus.
Wudinna District Council has a key strategic objective to advocate for the best possible service provision for community data (broadband) and telecommunication services. Mayor Eleanor Scholz said, “the need for improved telecommunications in Wudinna has been well documented and an upgrade to the system is considered to be a game changer. It will offer the Wudinna District community and its residents a ‘state of the art’ telecommunications network, significantly improving the connectivity of the town.”
The direct funding partnership will provide economic development opportunities to new and existing businesses in the district as well as key services, such as health and education. The improved connectivity will also enhance the liveability of the district for those who already live and work here, as well as to those who are looking to move.
Minister Whetstone said “the Wudinna District Council expressed a strong desire to be involved and it’s pleasing to be able to work collaboratively with them and Optus to deliver this black spot solution for the Eyre Peninsula”.
The installation of a new tower will allow for a much-needed enhanced mobile phone coverage in Wudinna, including the deployment of 5G technology. Optus Territory General Manager for Regional South Australia, Rob Seymour said “it not only means greater safety for those living, working and driving through this area by unlocking access to communication but also helps to facilitate contact with family and friends.”
Member for Flinders Peter Treloar MP said the new mobile phone tower is a great result for the local community.
The announcement was made at the Wudinna and Districts Telecentre with Minister Tim Whetstone, Peter Treloar, Rob Seymour, Mayor Scholz and other Elected Members from Wudinna District Council present.