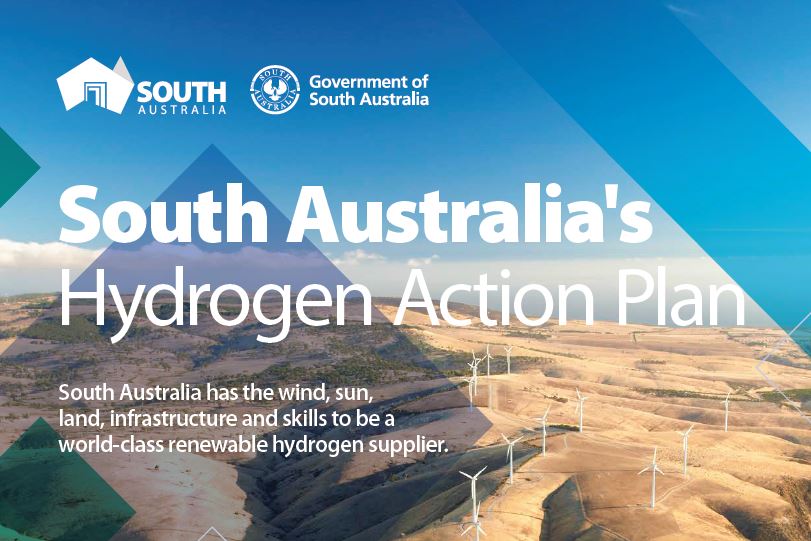 Premier Steven Marshall has released South Australia’s Hydrogen Action Plan, including the commitment of over $1 million towards a landmark study to identify optimal locations for renewable hydrogen production and export infrastructure. The announcement was made to hundreds of global experts at the opening of the International Conference on Hydrogen Safety at the Adelaide Convention Centre. The conference, jointly held by the International Association for Hydrogen Safety and the South Australian Government, is the leading global event on hydrogen safety, bringing together the best and brightest minds in hydrogen.

Premier Marshall said the export of hydrogen presents significant economic opportunity for South Australia. “The Liberal Government is ambitious for South Australia, and we are focused on achieving a step change in our State’s economic growth,” said the Premier. “We welcome new industries that build on our natural advantages, such as hydrogen, and believe that it fits well into our state’s burgeoning enterprise culture and start-up sector. “This initiative will drive the export of hydrogen from South Australia both interstate and overseas, bolstering our economy, and presenting future job opportunities.

Minister for Energy and Mining, Dan van Holst Pellekaan said the plan builds upon the state’s leading role in hydrogen and renewable energy. “This initiative fits in perfectly with our plan to help deliver more reliable, more affordable and cleaner energy for our state,” said the Minister. “Our Government is also drafting key chapters of the National Hydrogen Strategy on behalf of COAG Energy Council with Australia’s Chief Scientist, Dr Alan Finkel. “South Australia is also a member of the Japan based Green Ammonia Consortium. “It’s likely that nowhere else in the world is as well positioned as South Australia to produce, consume and export 100% green hydrogen. “Some of our longest-standing and closest trading partners are signalling that they will need hydrogen to make their energy transitions over coming decades, and we want to make the most of that growth opportunity by becoming a hub for the export of renewable energy.

The Hydrogen Action plan sets out twenty key actions across five key areas to help scale-up renewable hydrogen production for export and domestic consumption, and contribute to the South Australian Growth State Plan being developed by the Marshall Liberal Government.

It will help underpin a safe and secure export sector, as well as accelerate hydrogen into the South Australian domestic economy. RDAWEP is working with Australian Company H2U on hydrogen projects including future exports pathways and collaboration with agriculture and mining opportunities across the region. CEO Dion Dorward welcomes the new strategy and how it will help shape and diversify the region’s future economy. “This strategy emphasises the importance of the recent agreement between Iron Road Ltd and H2U for the development of a green credentialed manufacturing and export complex at Cape Hardy”.

The Plan can be viewed here : Action Plan