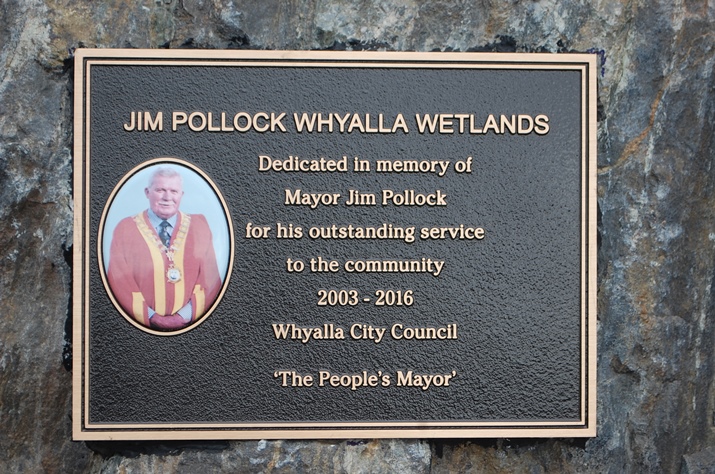 Members of the Pollock family gave thanks to the Council for the honour of having the wetlands named after their father.

Regional Development Australia Whyalla and Eyre Peninsula is very pleased with the tribute the City of Whyalla has bestowed to its former Mayor and RDAWEP’s long time Chair for the tireless years of public service Mayor Jim gave to our region. 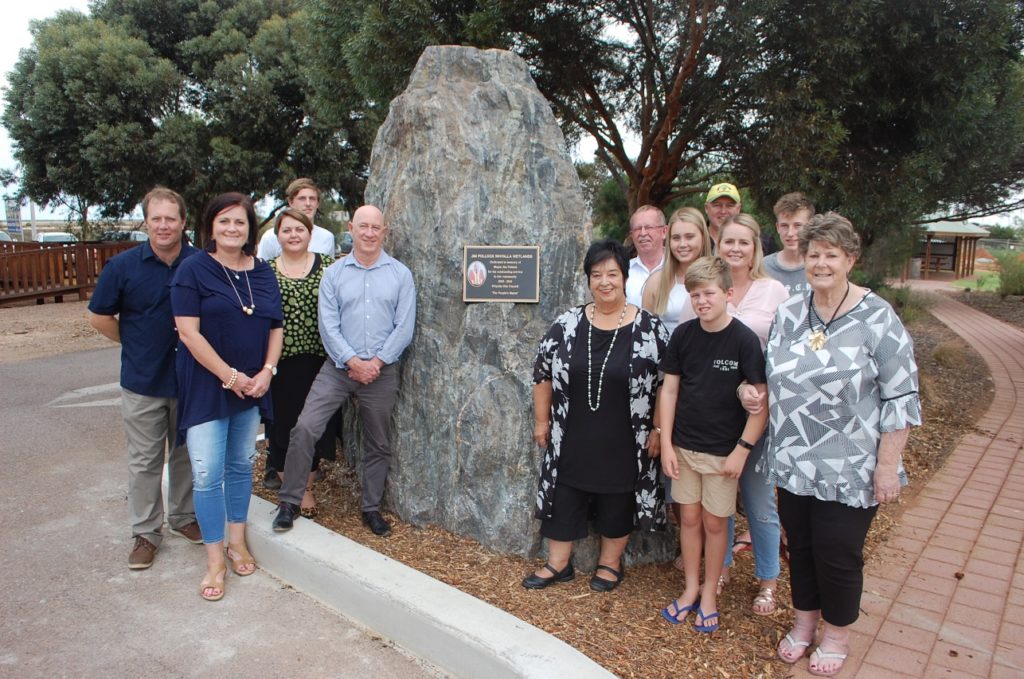 Jim Pollock Whyalla Wetlands is an ideal picnic area with bbq’s, a nature playground, toilets and shelter.  A perfect spot for time out.
http://whyalla.com/whyalla-wetlands